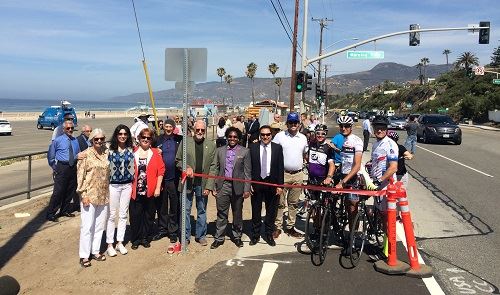 The Pacific Coast Highway Bike Route Improvements Project made improvements to the existing bike route along Pacific Coast Highway (PCH), and promoted safety for all modes of travel. The project limits are from the intersection of Busch Dr to the western city limits, a distance of approximately seven miles. The project included striping and signage upgrades throughout the entire seven miles, as well as shoulder and intersection improvements at the following locations:

The project was accepted as complete by the City Council on August 10, 2015.

The project is funded primarily by Metro and a grant from the Caltrans Highway Safety Improvement Program, with a contribution from the City's General Fund.